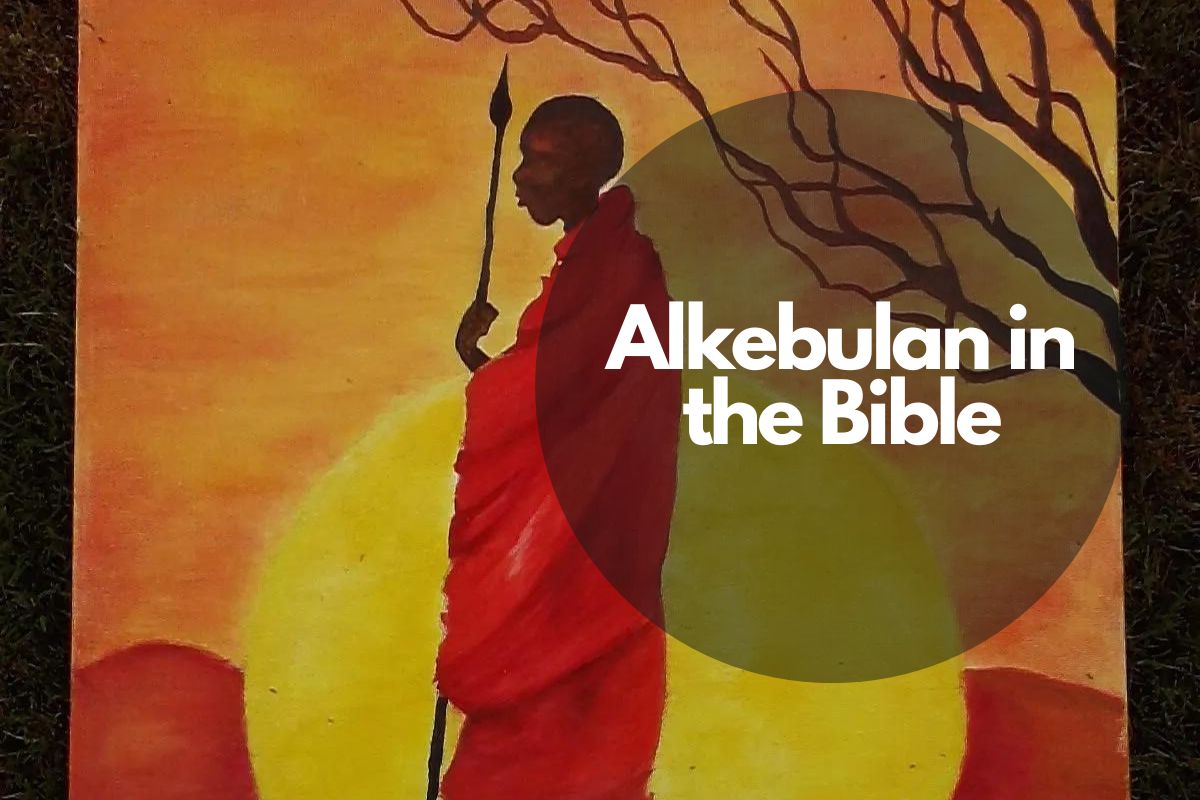 The word “alkebulan” has a long history and indigenous roots. This word was widely used throughout Africa, especially by the Ethiopians, Nubians, Moors, and Numidians. Numerous authorities concur that the name is actually a combination of two Phoenician words.

The Arabic terminology for maize and fruit, respectively, were “friqi” and “pharika.” Experts who study the history of the African continent claim that Alkebulan was the continent’s original name in antiquity. Translations of this name include “mother of mankind” and “the garden of Eden,” respectively.

Alkebulan in the Bible

The earth and the skies were first created by God. Darkness covered the surface of the deep, and the earth was empty and without shape. Then He uttered the words “Let there be light,” and light appeared. Who knew that God made Alkebulan, is the question I have now.

Alkebulan in the Bible Verses

Since the term Alkebulan is not mentioned in any biblical verses, the meaning of Alkebulan in the Bible can only be derived from what historians and theologians have declared it to be. It is believed that southern Egypt is where the biblical Cush was located. More than 100 times in the Bible, Cush is referenced, yet its location is never made clear. The inhabitants were known as Kushites.

In the book of Jeremiah, Cush was named both as a place and as a person’s name multiple times. I believe that whenever the word Cush is used in the entire Old Testament, it refers to nothing else but Africa and people with African descent, despite the fact that there is still discussion among experts over whether it refers to Mesopotamia or Africa as a geographical location (Adamo 1986; 2005:14).

Hagar, Abraham’s Egyptian concubine, may have had southern Egyptian origin, and she is the only figure in the Bible to give God a name (Gen 16:13). Like Abraham, she encounters God in the shape of an angel, who makes the promise that her descendants would establish a powerful nation (Gen 21:18).

Now when Pharaoh heard this thing, he sought to slay Moses. But Moses fled from the face of Pharaoh, and dwelt in the land of Midian: and he sat down by a well. Now the priest of Midian had seven daughters: and they came and drew water, and filled the troughs to water their father’s flock. And the shepherds came and drove them away: but Moses stood up and helped them, and watered their flock.-

After Moses was born in the house of Levi and hid in bulrushes by the river brink. Pharoah’s daughter discovered baby Moses and adopted him. This was how he survived the male genocide in Egypt. Growing up in the land of Egypt as a Prince, he met at some point an Egyptian fighting an Israelite.

He intervened and killed the Egyptian. And at another point, he met two Israelites fighting,  he dared to ask why ‘wherefore smitest thou thy fellow? He was rather shocked by their response: who made thee a prince and a judge over us? intendest thou to kill me, as thou killedst the Egyptian? After Moses heard these words, he fled to the land of Midian.

Is The word Alkebulan in the Bible?

Alkebulan which is a word of indigenous root refers to belonging to tribes in Africa.  There have been many mentions of places with geographical locations in Africa such as Egypt, Ethiopia.

The Kemetic or Alkebulan history of Africa leads one to believe that Alkebulan was once the name of the continent. The oldest and only word with indigenous roots is “alkebu-Ian.” Alkebulan refers to either the mother of humanity or the Garden of Eden.

In the latter half of the 17th century, the word Africa was first used. At first, it was restricted to the northernmost region of the continent. The continent had been colonized at that time, and the Europeans had slave-ruled over its inhabitants. They had a hand in the shift from Alkebulan to its current name.

Alkebulan Mentioned in The Bible

Africa’s original name was Alkebulan. It is mentioned in the Bible with geographical representations and landmarks such as the Nile River, such as Ethiopia, Egypt

Is Africa Mentioned in the Bible?

Places in Africa are rather mentioned or used in the Bible. For example, the Nile River which is in Egypt is mentioned 53 times in the Bible, most notably when Moses led his people out of Egypt, where Pharaoh had oppressed them when they rebelled against him (Exodus 2:15-17).

What is Africa Called in the Bible?

Africa is where civilisation first emerged. Our first two humans, Adam and Eve, were brought to the world from Africa. Our first man, Noah, his wife Shemah, their son Japheth, Japheth’s brother’s wife, Ham, and Egyptus (or Mizraim), a daughter of Ham, all originated from this continent. Ham had seven sons with Egyptus, including Cush, Puti (Phuth), Canaan (Kanaan), Sidon, Heth (“Hittites”), and Jebusites.

Who in The Bible Was From Africa?

Africans were present when the Israelites arrived in Canaan to dwell. At the period of the Exodus, some might have traveled with the Israelites out of Egypt, while others might have accompanied armed invaders (1 Kg 14:25-28; 2 Chr 12:2-3; 14:9-15; cf. 16:8). Evidently, Gerar was the site of an Ethiopian colony that served as a barrier between Egypt and Judah. As a result, the Ethiopians settled permanently in Palestine and stayed there until the time of Hezekiah (715-685 BCE).

Why Was Alkebulan Changed to Africa?

In the latter half of the 17th century, the word Africa was first used. At first, it was restricted to the northernmost region of the continent. The continent had been colonized at that time, and the Europeans had slave-ruled its inhabitants. They made a name change from Alkebulan to its current name.

Is The Word Africa in the Bible?

More than 180 times in the Major Prophets, phrases referring to Africa and Africans are utilized. The physical location of Cush is also mentioned. Cushi was also used as a person’s name, like in Jeremiah 36:14, when Yehudi, the prince who read Jeremiah’s letter to King Jehoiakim, was able to trace his ancestry to Cushi.

Jeremiah also makes reference to Ebed-Melech, the Cushite who saved one of the greatest prophets, the prophet Jeremiah, from death. The Bible as a whole contains references to Africa and Africans more than 1,417 times.

What was Africa Called in Biblical Times?

Africa was referred to in different ways using geographical descriptions and places that are actually in Africa such as Cush, Egypt, Ethiopia. For instance, present-day Midian (where Moses fled to after killing an Egyptian) former area may be found in western Saudi Arabia, southern Jordan, southern Israel, and the Egyptian Sinai Peninsula.