What does the bible say about lying to your spouse

I’ve come across a question like ‘What does the bible say about lying to your spouse?’ Although the Bible doesn’t specifically address lying to your spouse, it does discuss the effects of deception and falsehoods. The list of verses that speak to lying and dishonesty between a husband and wife is provided below.

What does the bible say about lying to your spouse

Lying to your spouse is considered an act of betrayal. There’s a growing number of marriages that are hanging in the balance due to one partner’s unwillingness, to tell the truth. This can lead to major problems like unstable relationships, lack of trust, difficulty communicating, and more. If your spouse is lying to you, what does the bible say about it?

The Bible states that liars will be punished and whoever tells lies and leads others astray whether their Spouse or not shall be punished.

9 Do not lie to one another, since you laid aside the old self with its evil practices,

10 And have put on the new self who is being renewed to a true knowledge according to the image of the One who created him.- 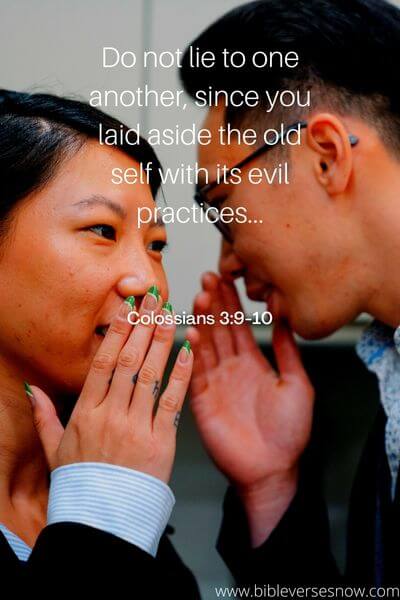 Believers should not participate in the sins that trap unbelievers since they have been saved by Christ. Sexual immorality, jealousy, slander, and vengeance are not permitted in the life of a Christian.

Instead, Christians should show compassion, humility, patience, and forgiveness. Above all, Christ’s disciples should be loving. Paul also provides particular guidelines for individuals who live in Christian families, such as spouses, wives, children, and servants.

Marriage should be honored by all and the marriage bed kept undefiled, for God will judge the sexually immoral and adulterers.- 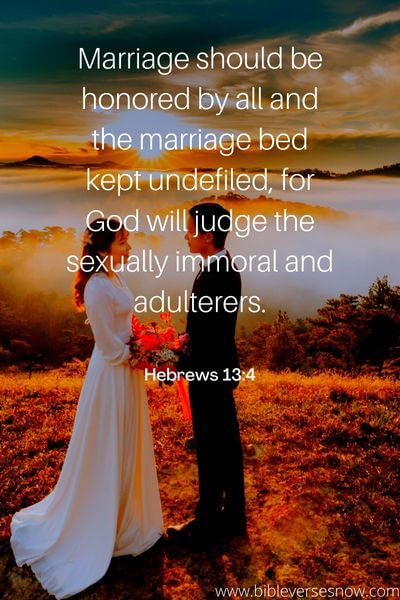 This verse emphasizes another typical New Testament teaching: the crucial need for sexual cleanliness. Sexual sins are frequently dismissed as insignificant or irrelevant in the current society.

History, on the other hand, demonstrates that sex and its effects are a significant force in a person’s life. Few desires are as universal as lust, so it is critical for Christians to retain a godly, healthy perspective on sexuality. This encompasses marriage faithfulness as well as abstaining from sex until a person is married.

He who commits adultery lacks sense; he who does it destroys himself. 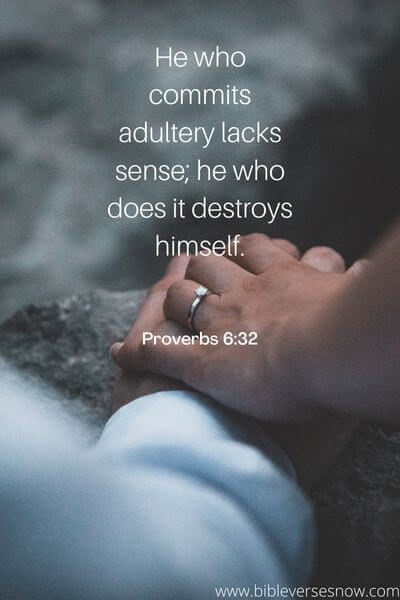 The Bible emphasizes that adultery is very bad, even people who are exceptionally intelligent can make terrible decisions; many are entangled in adultery. Adulterers oftentimes fail to realize the harm they are committing because they are so driven by sexual desire and enticement.

David’s immorality prompted him to suffer tremendously from tremendous physical pain in addition to spiritual misery. His situation illustrated how a single sin can lead to multiple others. 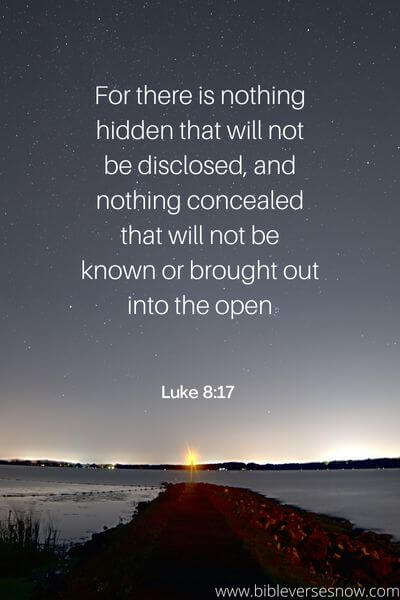 The marriage doctrine is based on this scripture. Before embarking on the path of covert dishonesty, it is imperative that you comprehend its implications. In some circumstances, lying to your spouse might be considered a sin if it leaves them in significant anguish and turmoil, or if they find it impossible to forgive you or find a solution.

People with integrity walk safely, but those who follow crooked paths will be exposed 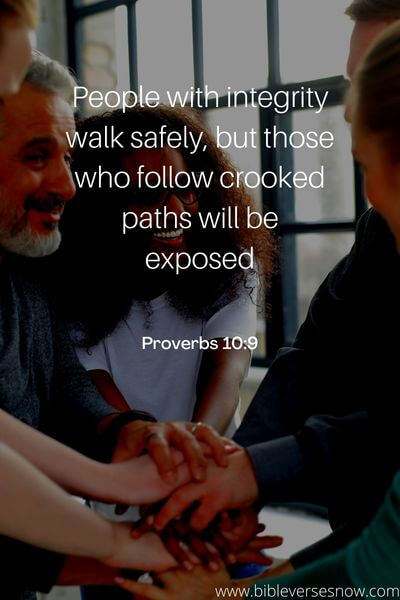 We must be honest with our spouse because the Bible commands us to speak the truth in love. Do not lie to or deceive your spouse if you believe that their thoughts and feelings differ from your own.

You may occasionally be requested to fabricate information or outright mislead someone. Brethren, God Hates lying.

What Does The Bible say about a lying spouse?

Foremost the Bible condemns lying, though lying is one of those sins that people tend to think of as not a big deal. In today’s world lying is a subject that is almost universal in nature.

Do not lie to one another, seeing that you have put off the old self with its practices 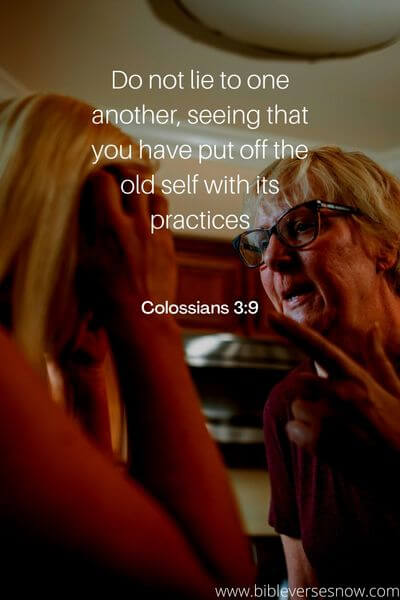 The Colossians were warned by Paul to quit lying to the people in their lives. Paul had just finished talking about following the law, not stealing, and not coveting. All of these are instances of dishonesty.

Paul advises against robbing your spouse or coveting their possessions without their consent. He advises everyone to quit believing lies in this paragraph.

God personally hates lying just like he stated in the book of Proverbs 6:16-19, we notice that in this short list of seven things God hates, two of the things mentioned are “a lying tongue” and “a false witness that speaks lies.” Two of them involve lying. In fact, we might say that lying is two of them.

Lying is harmful to ourselves and to the people we are in relationships with. Lying is an act of betrayal, and it violates the trust your friend, partner, or family member is trying to build with you. When people uncover lies, depending on how damaging the lies are, some relationships are ruined beyond repair.

So! God has clearly stated that couples should not lie to one another and that they should keep the marriage undefiled and held in honor.

Give honor to marriage, and remain faithful to one another in marriage. God will surely judge people who are immoral and those who commit adultery 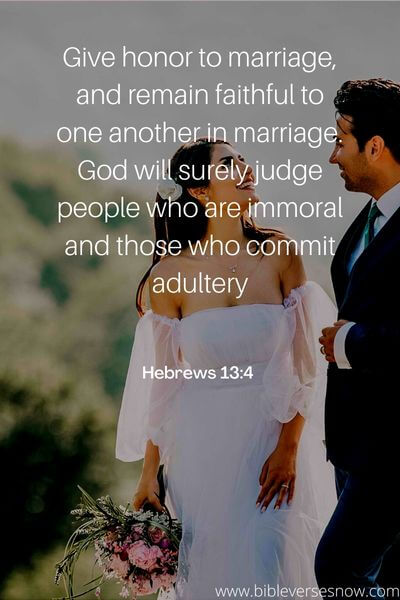 There are some topics in life that we simply cannot discuss. God clearly forbids it, which is why. Paul exhorts Christian males to treat their wives as their own property in the New Testament (Eph 5:22; Col 3:18).

Additionally, Jesus exhorts Christians to never lie to one another. He instructs them to “respect Christ the Lord as holy and treat one another with reverence” in this way.               (Col 3:16).

What does god say about a lying Husband

In addition to being an unfaithful friend, a lying husband causes his wife and family anguish. In Psalm 139:20–21, God claims that telling a lie is both an insult and a hurt. Lies should be punished by death (Deuteronomy 25:11).

The liar will experience God’s anger and punishment. He shall receive a harsh penalty from His Lord (Psalm 58:3). God vows to punish us for lying by making us suffer as though we had committed the sin (Psalm 30:13). Therefore, it is prudent for everyone to ponder before speaking or doing. 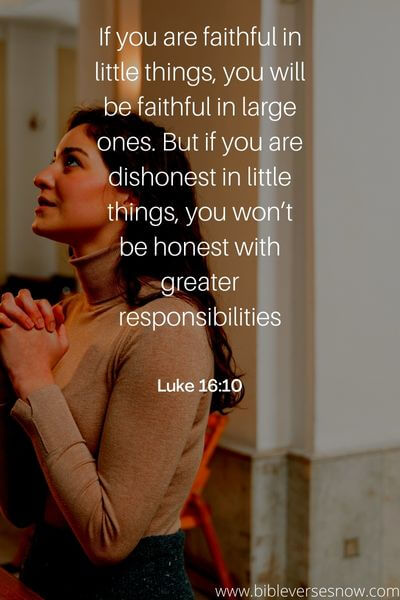 Jesus tells us that the person who’s faithful in little is also faithful in much and “whoever is dishonest with very little will also be dishonest with much.” So if a person can’t be trusted in little things, he can’t be trusted in big things and your love and commitment can’t grow when you’re frequently doubting the truth of what your husband tells you.

We all know that Telling the truth is challenging, but it also frees us from the burden of dishonesty and makes our friendships and relationships more trusting and stable. If you have lied to your spouse or someone you care about, apologize, ask for forgiveness, and let them know how much you want to change this behavior.

Please know that your closest neighbor is your spouse. Your children are your neighbors.
Everybody in your locality and who you interact with and engage with is your neighbor.

And so since, as we always say, your spouse is your closest neighbor, the things that the Bible teaches us about how we should be to outsiders or to the world, our spouse should be getting that first, as well as everyone else.

If you find your husband consistently lying please pray and ask God to give both of you wisdom on this issue. Ask your husband to study the Bible with you because “A false witness will not go unpunished, and he who speaks lies shall perish” (Prov. 19:9). Remember if your husband is punished, wife! you will be affected.

what does the bible say about husbands lying to their wives

I believe most people do not like to be lied to, but many people believe that there are times when lying is okay. The truth is lying is not good because it causes others pain and remembers, they are people who are very sensitive to the pain that is caused and truly believe it is wrong to lie.

Somehow, there are people who say there are very rare times when lying would be considered applicable. And that lying seems to be more suited for life-or-death situations.

The truth is all of us lie to our spouses on one occasion or another sometimes even regularly.

It may be a huge lie or a small lie like saying we’re fine when we’re not whether it’s a big lie, a little lie or even a lie said with good intentions, God takes lying seriously. And it’s no surprise lying is a great way to erode your trust/marriage.

It prevents your wife from loving you, It gives the devil a foothold, and Lying sets you up for more lies in the future.

In your own marriage, if there are areas that you lie about even in the little things, God does not like lying. He hates it. The Bible actually tells us that liars will not inherit the kingdom of heaven. 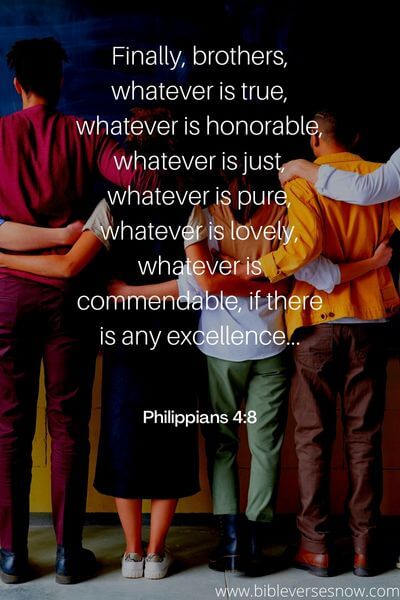 The Bible commands us to always tell the truth and never tell a lie. This is sometimes referred to as the ten commandments of God or the truth of Christ.  When we violate these commandments, it is the same as telling our spouse that they are no longer important.

Throughout my whole life, I have believed that the key to a happy marriage is trust. It will be quite challenging for a marriage to succeed if the partners cannot trust one another. In many marriages, being honest is a major problem.

The trust that was necessary for the relationship to succeed is frequently shattered because we are unaware of the harm we are doing to our spouse through lies or deception until it is too late.