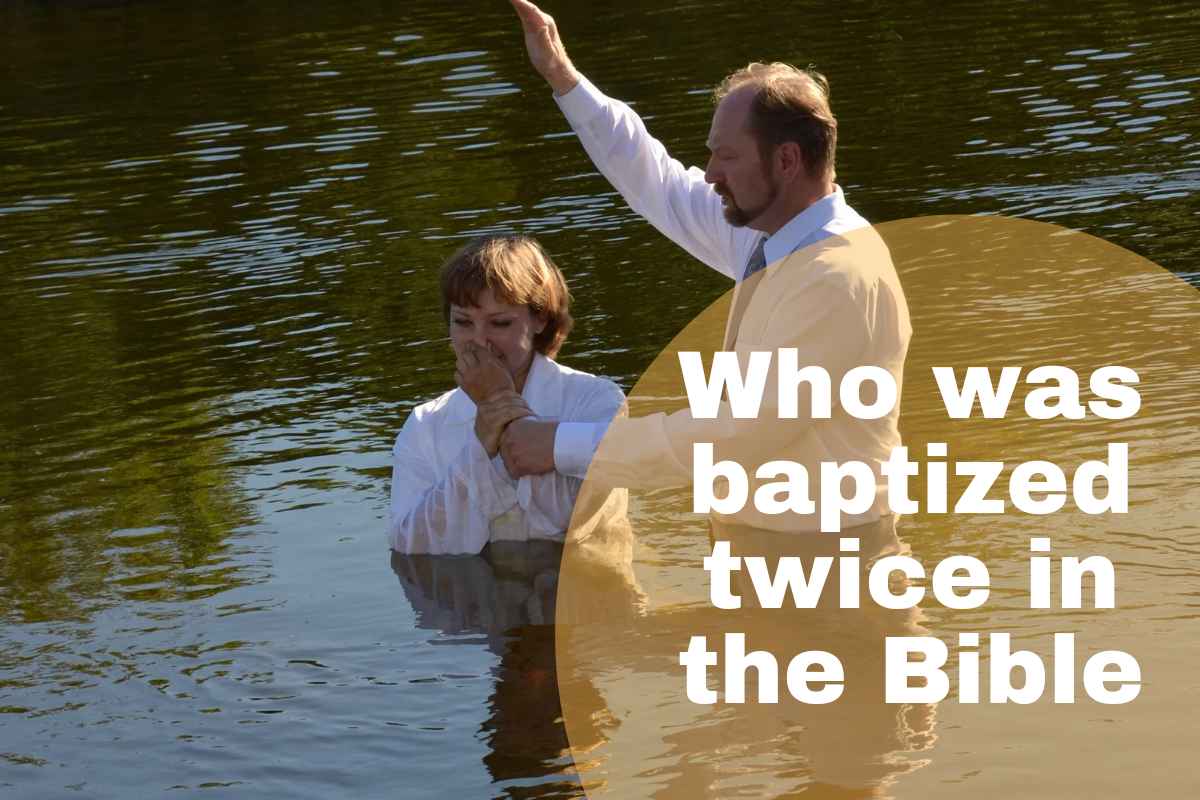 Who was Baptized twice in the Bible?

There are various instances in the Bible where people are baptized more than once. The apostle Paul was baptized twice in the New Testament. According to the book of Acts, Paul (then known as Saul) was baptized for the first time by John the Baptist, who was baptizing people as a sign of repentance before the arrival of Jesus.

Later, after meeting Jesus on the road to Damascus and becoming a follower of Jesus, Paul was baptized again, this time in Jesus’ name. This second baptism represented Paul’s commitment to Christianity and his acceptance into Christian society. This content reveals to us who was baptized twice in the Bible how, why, and when.

Who was baptized twice in the Bible

Baptism is an act of faith performed by a Christian after accepting the spontaneous gift of eternal life via belief. A Christian should be baptized only once.

Baptism is a sacrament that has been practiced since time immemorial. Baptism was one of the most important rites in Judaism during the apostles’ time.

Except for marriages, more individuals are baptized nowadays than any other religious rite. But who was baptized twice in the Bible?

And it happened that while Apollos was at Corinth, Paul passed through the inland country and came to Ephesus. There he found some disciples. And he said to them, “Did you receive the Holy Spirit when you believed?” And they said, “No, we have not even heard that there is a Holy Spirit.”

And he said, “Into what then were you baptized?” They said, “Into John’s baptism.” And Paul said, “John baptized with the baptism of repentance, telling the people to believe in the one who was to come after him, that is, Jesus.” On hearing this, they were baptized in the name of the Lord Jesus.

What is Baptism anyway? This an eternal rite of belonging to the Kingdom of Christ, as Galatians 3 vs 27 aptly puts it “For as many of you as were baptized into Christ have put on Christ”, this points to the symbology of baptism as an entry into the family of Christ.

Reasons to get Baptized again

Approximately twelve people who had previously only received the baptism of repentance (such as that preached and administered by John the Baptist) were re-baptized in the name of Jesus and then received the Holy Spirit through the laying on of hands by Paul. Thereafter, they spoke in tongues and prophesied as signs of the presence of the Holy Spirit. This is the only instance of re-baptism that I am aware of in the New Testament. It occurs in Acts 19:1-7,

Therefore go and make disciples of all nations, baptizing them in the name of the Father and of the Son and of the Holy Spirit 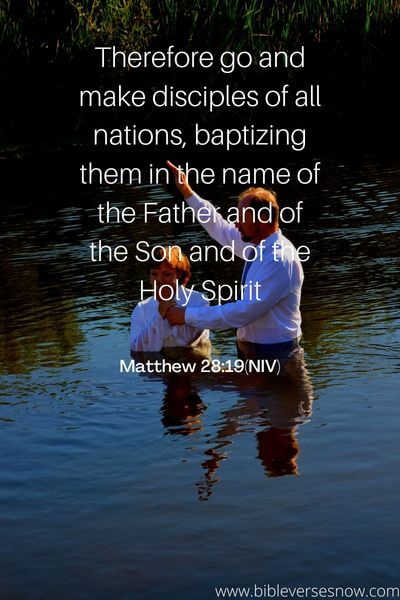 This suggests that there would not be a requirement based on Scripture to be re-baptized as long as a person has been baptized either in the name of Jesus (as in Acts 19) or in the name of the Father, the Son, and the Holy Spirit (as mentioned by Jesus in Matthew 28:19).

What happens if you are Baptized twice

Specific church bodies, however, may not recognize the type of baptism carried out by another denomination (such as infant baptism or a form of baptism other than full immersion), and may therefore demand re-baptism in accordance with their own beliefs and practices as a condition of joining their fellowship.

This is because different denominations have different practices. However, re-baptism is not forbidden.

How many times can you be Baptized according to the Bible

There is no requirement based on Scripture to be re-baptized as long as a person has been baptized either in the name of Jesus (as in Acts 19) or in the name of the Father, the Son, and the Holy Spirit (as mentioned by Jesus in Matthew 28:19).

Re-baptism would be required “if” the person later professed saving faith but wasn’t actually born again at the time of their baptism.

Think about verses 26 through 38 of Acts chapter 8 as a text. The Ethiopian eunuch was probably returning home after Phillip baptized him. He might be baptized without having to become a member of the “First Church of Jerusalem.” He only acknowledged that he thought Jesus was Christ, the Son of God. However, re-baptism is not forbidden.

Is it a sin to be Baptized twice

Specific church bodies, however, may not recognize the type of baptism carried out by another denomination (such as infant baptism or a form of baptism other than full immersion), based on different baptismal practices among individual denominations, and may thus demand re-baptism in accordance with their own beliefs and practices as a condition of joining their fellowship.

How many times was Jesus Baptized

The Gospel Bible books of Matthew, Mark, Luke, and John all mention Jesus’ baptism. Jesus approaches John in this story and requests to be baptized.  Jesus was sinless but still submitted to the act of baptism.

According to what Jesus says to John, His baptism “fits for us to fulfill all righteousness.” Jesus’ baptism serves as a metaphor for His submission to His Father and the start of His earthly career. Jesus’ baptism was powerfully affirmed by God, according to the gospel according to Matthew.

The heavens opened as soon as Jesus was baptized and emerged from the water. This is my Son, the beloved, whom I have approved, says the voice from heaven, and John sees the Spirit of God descending like a dove onto Jesus.

Jesus’ baptism resulted in the descent of the Holy Spirit. This demonstrated that Jesus’ mission was inspired by the Spirit and would bring about harmony between God and humanity.

How many times can you be Baptized in the Holy Spirit

While John the Baptist performed baptisms for the purpose of atonement, he also foretold that Jesus would perform a much greater and more profound baptism. “He will baptize you with fire and the Holy Spirit.” Matthew 3v11.

An “immersion of the Spirit” occurs during the Spirit’s baptism. You will get courage, strength, and boldness from God to carry out your task and conquer sin in your own life when you are baptized with the Holy Spirit.

When the Holy Spirit has baptized you, you will recognize it. At Pentecost, it is recorded by scriptures that the disciples were baptized in the Holy spirit just once.

Many Christians believe that if they haven’t received the gift of tongues, they haven’t been baptized with the Holy Spirit. This gift often comes later, and many people only receive it after a revival has begun, while others receive entirely different gifts.

Due to differences in baptismal practices among individual denominations, specific church bodies may not recognize the type of baptism performed by another denomination (such as infant baptism or a form of baptism other than full immersion), and may thus require re-baptism in accordance with their own beliefs and practices as a condition of joining their fellowship.

Certain church denominations are comfortable with infant baptism while others are not, but one thing is certain, Baptism is of eternal significance in the body of Christ and far outweighs any bickering on how many times it could be carried out.

What does the Bible say about being Baptized twice

There is no biblical requirement for re-baptism as long as a person has been baptized in the name of Jesus (Acts 19) or in the name of the Father, the Son, and the Holy Spirit (as mentioned by Jesus in Matthew 28:19).

If the person later professed saving faith but was not actually born again at the time of their baptism, re-baptism would be required.

Consider the text of Acts chapter 8 verses 26 through 38. After Phillip baptized him, the Ethiopian eunuch was most likely to return home. He could be baptized without having to join the “First Church of Jerusalem.” He only admitted that he believed Jesus was Christ, the Son of God

Is it Biblical to get Baptized twice

Is it biblical to be baptized more than once? In an ideal world, you should only need to be baptized once. Baptism is intended to be a one-time event performed with a sincere heart toward God. However, because our world is not perfect, it is sometimes necessary to be re-baptized.

Peter replied, “Each of you must repent of your sins and turn to God, and be baptized in the name of Jesus Christ for the forgiveness of your sins. Then you will receive the gift of the Holy Spirit 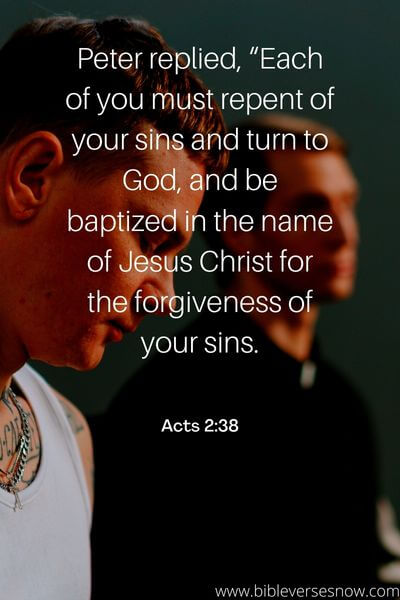 The apostles preached in the book of Acts that people should “repent, be baptized for the remission of sins, and you will receive the Holy Spirit” (Acts 2:38).

There is no mention of re-baptism in the New Testament after new believers repent and are baptized. This demonstrates that water baptism was never intended to be a recurring event in a person’s life.

What does the Bible say about Baptism twice

Despite the fact that many Christian denominations hold widely divergent views on Holy Spirit baptism, the Bible makes it abundantly clear that every Christian is baptized in the Spirit once at the moment of conversion.

When you believed, you were sealed with the promised Holy Spirit, 14 who is a deposit guaranteeing our inheritance until the redemption of those who are God’s possession to the glory of God.

Because you can never lose your salvation, you should only be water baptized once. The only example in Scripture is full immersion baptism (Matthew 3:16, Acts 8:39).

Full immersion baptism visually represents what happens to us spiritually as a result of the power of the gospel. When you believe in Jesus Christ and are saved by his grace, your old self dies with Christ and is raised to new life with Christ.

One of the reasons you should only be baptized once is because the gospel saves you once and for all. Immersion in water, which means being completely submerged beneath the surface, represents how you died with Christ and were buried.

Who was the first person to get Baptized in the Bible

According to the King James Version, In Matthew 3, we see John the Baptist baptizing people. They were not identified. In Matthew 3:16, Mark 1:9, Luke 3:16, and John 1:34, he baptizes Jesus.

Jesus baptized people, but they are not named in John 3:22. According to John 4:2, the disciples were NOT baptized. In Acts 1:5, Jesus tells the disciples that they will be baptized with the Holy Spirit.